Despite the importance of micro and informal enterprises (MIEs) and the informal economy in addressing joblessness and economic growth, there remains a vacuum of programmatic support. The Informal Economy Support Programme (IESP) addresses this gap by providing customised business support services to high-potential MIEs along with other structured interventions. It thereby unlocks untapped job creation and enterprise potential across a range of economic sectors. The IESP is currently in its second phase (2018-2021) after a successful three-year pilot phase (2013-2016). The IESP is co-funded by the Jobs Fund, Department of Small Business development and eThekwini Municipality. Funding for a third phase is being sought.

The Informal Economy Support Programme (IESP), the first of its kind in South Africa, is a specialised business support initiative. It reaches micro and informal enterprises (MIEs) in innovative, and cost efficient ways and unlocks enterprise growth and job creation through customised business support services and other structured interventions across a range of sectors (e.g. manufacturing, services, retail, food and beverage, and agriculture). The IESP is strategically important because, although the informal economy is recognised as key in addressing joblessness and economic growth, MIEs currently lack access to much-needed support. To date (in phase 1 and 2), the IESP has created 719 new permanent jobs and has trained 339 people in appropriate skills. A strong core team has been established including a Programme Manager, three in-house MIE support specialists and a panel of outsourced specialists. Enabling collaborations have been created with various Municipal departments, private sector companies and external service providers. The IESP has been funded by the Jobs Fund, eThekwini Municipality and the Department of Small Business Development.

Importance of the informal economy

The importance of the informal economy in its many facets is well recognized. This large and vibrant part of the economy contributes significantly to long term economic growth, job creation and improved livelihoods security. It includes large numbers of micro-manufacturers, retailers, street traders, micro farmers, contractors, waste recyclers and crafters. The formal economy on its own cannot address joblessness, especially within the current context of slow economic growth and high unemployment which have been severely exacerbated by Covid-19.

The national priority on small and micro enterprise is reflected in the National Development Plan (NDP) and by the establishment of a dedicated National Department of Small Business Development (DSBD). The priority has been heightened by the increased economic pressures resulting from Covid-19: “With the re-opening of the economy, the township and village economies require special focus if government is to achieve the aspirations of the new economy post-COVID-19 which were clearly articulated by President Cyril Ramaphosa” (Khumbudzo Ntshavheni, Minister for Small Business Development, May 2020).

MIEs have shown themselves able to adapt more quickly to changed economic and market conditions than many of their formal counterparts. This makes the informal economy an important long-term driver of economic growth, especially under the challenging current conditions. MIEs have significant job creation potential and support large numbers of livelihoods through offering both permanent and part-time jobs which are critical for the livelihoods of the poorest of the poor.

Government’s current economic recovery strategies prioritise MIEs within the context of supporting locally-produced goods and services, however, there remains limited understanding of the informal economy and how it can best be supported. Without effective informal economy support, overall economic growth, poverty, inequality and joblessness cannot be addressed. The IESP is uniquely positioned to respond and support these strategies and thus make a significant contribution to rebuilding the economy and addressing unemployment.

The first three-year phase of the IESP was co-funded by eThekwini Municipality and the Jobs Fund and achieved or exceeded all its key targets with 217 new jobs created, 53 enterprises supported and 180 people trained in various skills. Learning from phase 1 enabled significant refinement of the IESP’s methods and approaches and these have resulted in a significantly and optimised model for phase 2, which is currently in its final year of implementation.

The IESP met or exceeded all of its key target indicators for the pilot phase in respect of enterprise support, job creation and training. Toolkits and knowledge resources were developed and the City’s broader informal economy programme strengthened. Key achievements in the pilot phase included:

The refined model being utilised in phase 2 of the IESP has proved successful. Business support services are now offered on the basis of a fixed budget per MIE with the value determined by the number of jobs which can be created as per an agreed business development plan. There is careful up-front assessment and screening of MIEs to ensure that only MIEs which meet IESP eligibility criteria are signed up. Amongst other things MIEs must be viable and have good job creation potential.

Some of notable achievements in phase 2 include:

The provision of customised and specialised business support services is the core function of the IESP. These services are provided to each enterprise based on the basis of an agreed business development plan tailored to the particular potential and needs of each business. The value of funding provided to each MIE is determined by the number of new jobs which can be created. Services are provided may include:

The IESP makes use of small, strategically allocated micro-grants (typically R25,000 in value) to well-performing MIEs in cases where the grants can help overcome specific barriers and support further job creation. The grants supportive in nature and providing funding is not core focus of the IESP. If MIEs require substantial funding then this has to be obtained from other sources (e.g. from micro-finance lenders or in the form of government grants) and the IESP may assist MIEs in this regard.

To date the IESP has provided 92 micro-grants totalling R2,111,880 to 59 MIEs. The typical value of each micro-grant is R25,000, although in some instances one MIE has received more than one grant. These grants have played a significant role in supporting business development and job creation. 58 of these grants were normal IESP grants and 34 were special Covid-19 grants to support MIE recovery.

The extent and economic impact of Covid-19 was unprecedented. MIEs and the informal economy were hit as hard as the formal economy. Many MIEs faced significantly reduced demand for products and services and had to make rapid business adjustments in order to survive. Many MIEs faced increased production costs as the prices of inputs and overheads increased including the additional costs for the provision of PPE for employees and sanitizers for walk-in customers needed in order to comply with Covid-19 regulations.

PPT accordingly obtained additional funding from the Jobs Fund in June 2020 in order to provide additional support to MIEs in order to save businesses and jobs, refine and adjust business plans (including refocussing business activities into new niches), assist MIES to comply with new regulations, and establish appropriate Covid-19 health and safety measures and PPEs in businesses. This work has included the following:

A total of 86 MIEs have been reached through covid19 support and 96 MIEs remain in business. The support has led to the retention of 315 jobs and 26 new part-time have been created as a result of opportunities arising from covid19. There is a need for the IESP to continue providing this support for as long as the Covid19 pandemic persists (subject to available funding).

An independent impact evaluation (mid-term) was conducted in 2019 and the following findings were made:

The IESP is currently actively and urgently seeking funding for a next, third phase. The current phase comes to an end in September 2021. It is important to secure funding well in advance of this date in order to retain the current skilled and committed project team who have accumulated extensive specialist skills and who will be difficult to replace. Securing additional funding is thus a high priority in order to sustain the positive momentum that has been built.

The need for the IESP to continue has become even more important following Covid-19 given the significantly worsened economic and unemployment situation. Covid-19 has affected most businesses in both the formal and informal sectors, resulting in economic slowdown and substantial job losses. The IESP has the methods, tools, collaborations and capacity already in place to provide the necessary support to MIEs. The IESP has a proven track record and can support MIEs in an effective and cost-effective manner.

The IESP is a collaborative effort. PPT works closely with the Municipality (including the Economic Development and Business Support Units) and other stakeholders. Collaborations are important in establishing the necessary relationships and capacity to successfully deliver the Programme. These collaborations include:

The business manufactures traditional three legged aluminum pots of various sizes. The business owner is Ms. Ester Masinga who has been operating the enterprise for over 10 years. The business is well located at the Westrich premises in Newlands West. The business sells to customers from Durban and surrounding areas and has managed to expand to clients in KZN, Eastern Cape and as far as Mozambique. The aluminium is sourced from various scrap suppliers. Read More 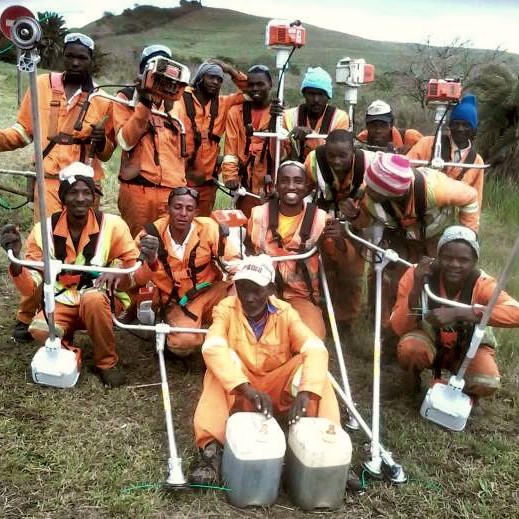 The enterprise is solely owned by Ntombizethu Meyiwa. She runs and manages the business on a full-time basis. The office premises are
situated in Hammersdale Township. Makholeka Trading focuses on road verge maintenance and primarily deals with grass cutting, working along the N2 south and N3 Freeways, on a sub-contract to the South African National Roads Agency Limited (SANRAL). Read More

Akubeziyesuka is a block manufacturing co-operative, and is also involved in other entrepreneurial activities. There is a increasing demand for their high quality blocks. PPT has provided basic ‘isiQalo’ business skills training, drafted letters to potential clients and contractors and assisted in preparing a business plan to access Small Enterprise Finance Agency (SEFA) finance in order to support expansion plans. Read More

Eyekhethelo designs and manufactures high quality furniture and provides a furniture repair service. The organizations skilled workers in carpentry, upholstery and spray painting are located in an abandoned building in the Adams Mission School, Amanzimtoti. The business
has been operating for 8 years, has a strong local customer base and is owned by the members of a registered cooperative. Read More

The Udumo and Khumalo crafters are being supported via a PPT-Africa!Ignite collaboration to improve their product quality, gain  access to new markets and develop a stronger business model. Basic ‘isiQalo’ business skills training has been provided by PPT. 28 new jobs have been created. The crafters are located in Kwa Ngcolosi and Ntshongweni. Read More